Returning Nightmares is an exploration adventure-horror game being developed in RPG Maker 2003, inspired by Yume Nikki and it's multiple fan-made homages (but with dialogue & easier to navigate maps).  You play as Akira, a young man locked up in his own bedroom, exploring his dreams to remember the events that lead him to where he is now.  But some things are better left alone…

Depending on how fast you are at finding things, the demo can take anywhere from 1-2 hours to finish.  You should not need to download the RTP to play this game, but if you do, you can get it here from the official site.

1.5.2019 update - problem with the "vehicles" image preventing the player from playing the game fixed.  I thought I fixed it in a previous version, but the gamejolt version went weird so I udpated this one as well.

I'll have to set aside some time for this. Suffice it to say, we could use more games in this sub-genre. Feel free to hop on-board for Dream Jam, if you'd like. Tell your friends!!

There are games that plagiarize an influence, and then there are those which transform it into a genre.

This game belongs in the latter category.

I can say, with some certainty, that this is one of the most fun independent games that I have played to come off of itch. You recreate the world that Kikiyama created, but you use it to channel your own dreams in a totally unprecedented and iconic style. The narrative feels far more masculine in many ways; the characters communicate verbally, the objects carry explicit social meanings and present philosophical puzzles, and I died after stabbing a maniacal pixie dream girl who stabbed me back. The music and sound design made me nostalgic for Yume Nikki but also felt far more cinematic, almost like a David Lynch film. I only got fifteen minutes into it, and those alone flew by like a dream. (Literally.) I look forward not only to playing more but to seeing later versions of the game resubmitted to new competitions. My more constructive criticism regards two things: diction and restraint. The integration of words was a bold and conscious move; if you wish to do it justice, hire a proofreader. You are not alone in this industry in having an idiosyncratic take on grammar, spelling, and syntax. Regarding restraint: just make sure that things don’t pop out at us TOO much. The brilliance of Yume Nikki lies in what it conveys by mirroring the Imagination. This has always been something I have looked for in games, and Japanese Art especially excels in this virtue, even having developed terms such as Mono No Aware and Wabi-Sabi to describe them. It’s one of the reasons I regard Yume Nikki as my fifth favourite electronic game of all time, despite its being recent.

This game is f*cking incredible! Can't wait for the full release! 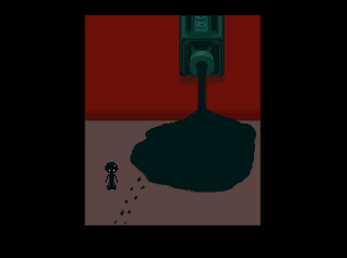